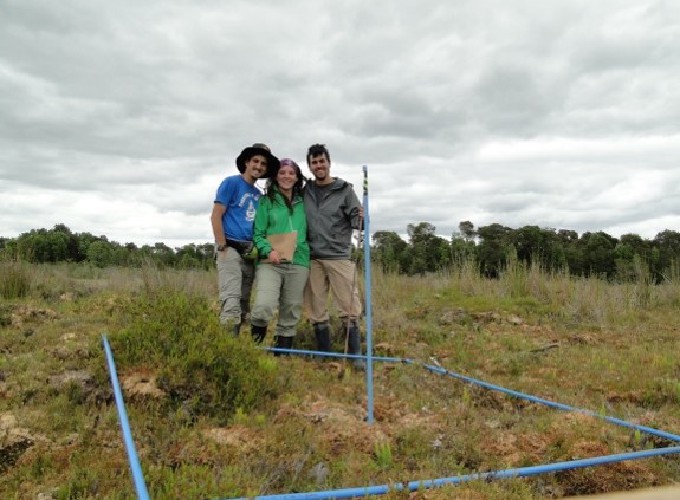 A method to predict vascular plant richness using spectral and textural variables in a heterogeneous wetland is presented. Plant richness was measured at 44 sampling plots in a 16-ha anthropogenic peatland. Several spectral indices, first-order statistics (median and standard deviation), and second-order statistics [metrics of a gray-level co-occurrence matrix (GLCM)] were extracted from a Landsat 8 Operational Land Imager image and a Pleiades 1B image. We selected the most important variables for predicting richness using recursive feature elimination and then built a model using random forest regression. The final model was based on only two textural variables obtained from the GLCM and derived from the Landsat 8 image. An accurate predictive capability was reported (R2 = 0.6; RMSE = 1.99 species), highlighting the possibility of obtaining parsimonious models using textural variables. In addition, the results showed that the mid-resolution Landsat 8 image provided better predictors of richness than the high-resolution Pleiades image. This is the first study to generate a model for plant richness in a wetland ecosystem.