How many measurements are needed to estimate accurate daily and annual soil respiration fluxes? Analysis using data from a temperate rainforest 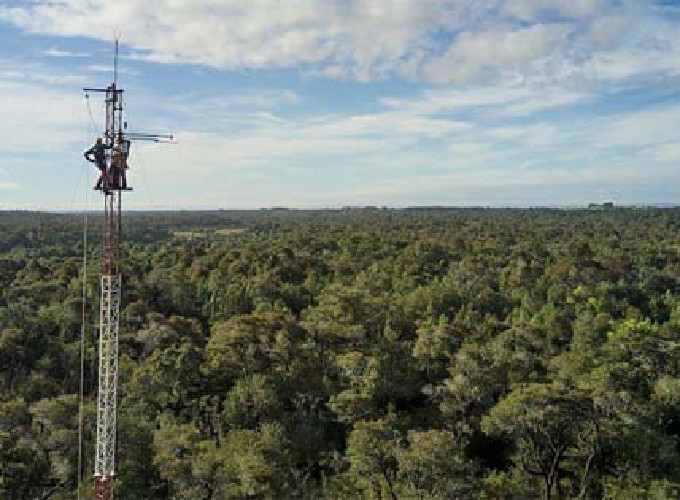 How many measurements are needed to estimate accurate daily and annual soil respiration fluxes? Analysis using data from a temperate rainforest

Making accurate estimations of daily and annual Rs fluxes is key for understanding the carbon cycle process and projecting effects of climate change. In this study we used high-frequency sampling (24 measurements per day) of Rs in a temperate rainforest during 1 year, with the objective of answering the questions of when and how often measurements should be made to obtain accurate estimations of daily and annual Rs. We randomly selected data to simulate samplings of 1, 2, 4 or 6 measurements per day (distributed either during the whole day or only during daytime), combined with 4, 6, 12, 26 or 52 measurements per year. Based on the comparison of partial-data series with the full-data series, we estimated the performance of different partial sampling strategies based on bias, precision and accuracy. In the case of annual Rs estimation, we compared the performance of interpolation vs. using non-linear modelling based on soil temperature. The results show that, under our study conditions, sampling twice a day was enough to accurately estimate daily Rs (RMSE<10% of average daily flux), even if both measurements were done during daytime. The highest reduction in RMSE for the estimation of annual Rs was achieved when increasing from four to six measurements per year, but reductions were still relevant when further increasing the frequency of sampling. We found that increasing the number of field campaigns was more effective than increasing the number of measurements per day, provided a minimum of two measurements per day was used. Including night-time measurements significantly reduced the bias and was relevant in reducing the number of field campaigns when a lower level of acceptable error (RMSE<5%) was established. Using non-linear modelling instead of linear interpolation did improve the estimation of annual Rs, but not as expected. In conclusion, given that most of the studies of Rs use manual sampling techniques and apply only one measurement per day, we suggest performing an intensive sampling at the beginning of the study to determine minimum daily and annual frequencies of sampling.