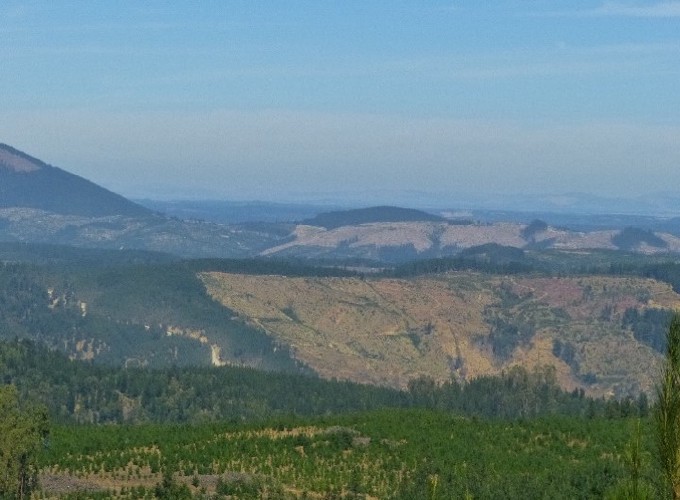 Due to its isolated location, Chile’s flora is characterized by a large number of endemic species which has guided the decision to assign central Chile the status of a global biodiversity hotspot. This biodiversity hotspot is, however, endangered by severe land-use changes occurring over the last few decades as well as by an increased number of invasive species, competing with native vegetation. Some of these invasive species benefit from or even depend on disturbance events for dispersal. Hence, a reliable reconstruction of vegetation disturbance is likely to be an important variable for explaining currently observed distribution patterns of invasive species. Here, we combine Landsat-based time series of three vegetation indices (NDVI, NDMI, NBR2) with the time-series-analysis algorithms BFAST and Landtrendr to reconstruct the disturbance history of central Chile for the time period between 1998 and 2015. First results led to overall accuracies of approximately 61-74% and 55-90% for BFAST (NBR2) and LandTrendr (NDVI), respectively. Results were notably influenced by the composition (disturbance types) of the reference data where clear-cuts were detected with notably higher accuracies than fires. The first results obtained by merging the results from several indices and both disturbance detection algorithms did not notably improve the performance but these experiments are still on-going. The obtained disturbance maps agree well with expected ecological processes with an increased number of disturbance events in the Western part of the study area which is dominated by forest industry and a reduced number of disturbances in the East where the complex terrain of the Andes mountains largely prevents industrial forest activities.